Where Does the Royal Family Actually Live? 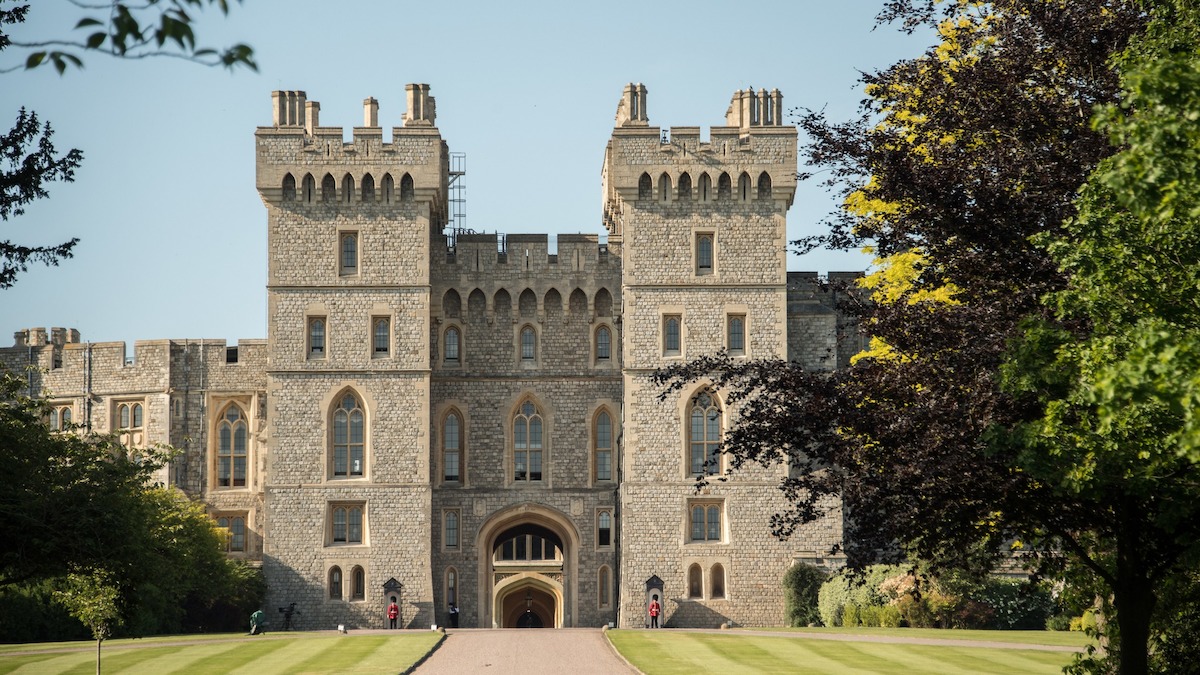 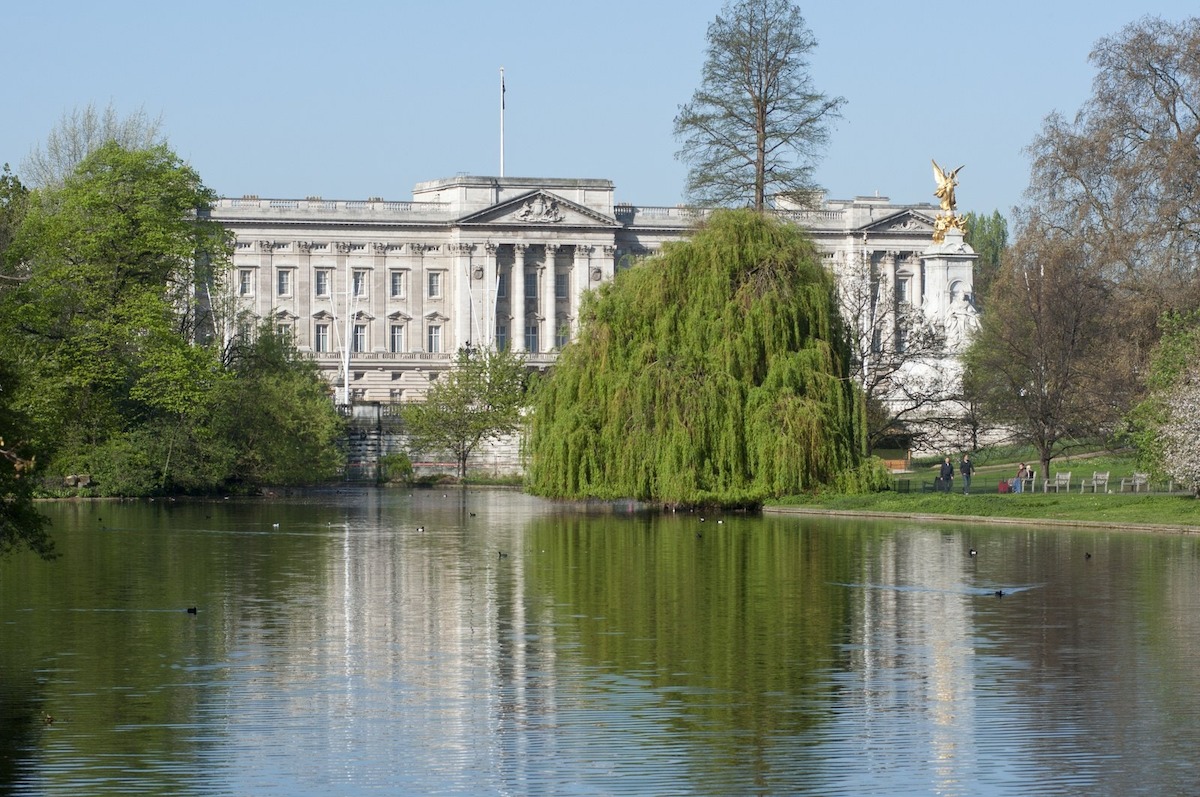 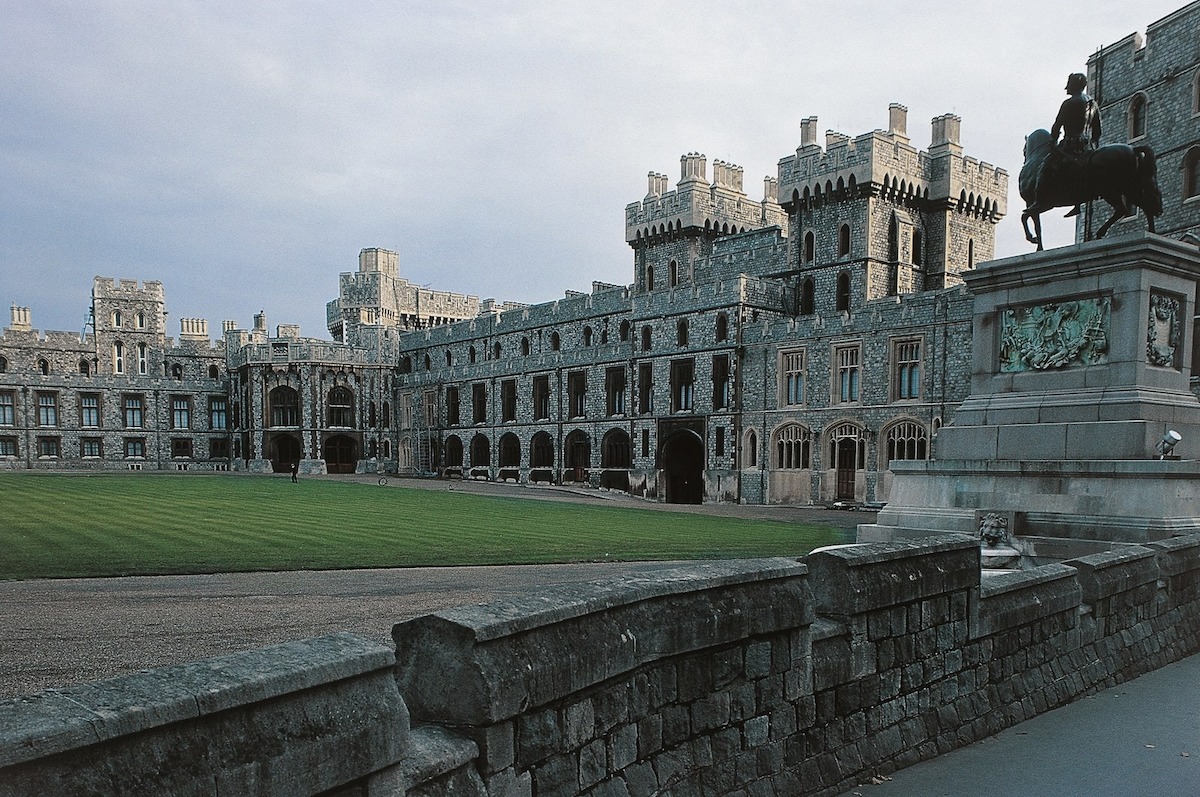 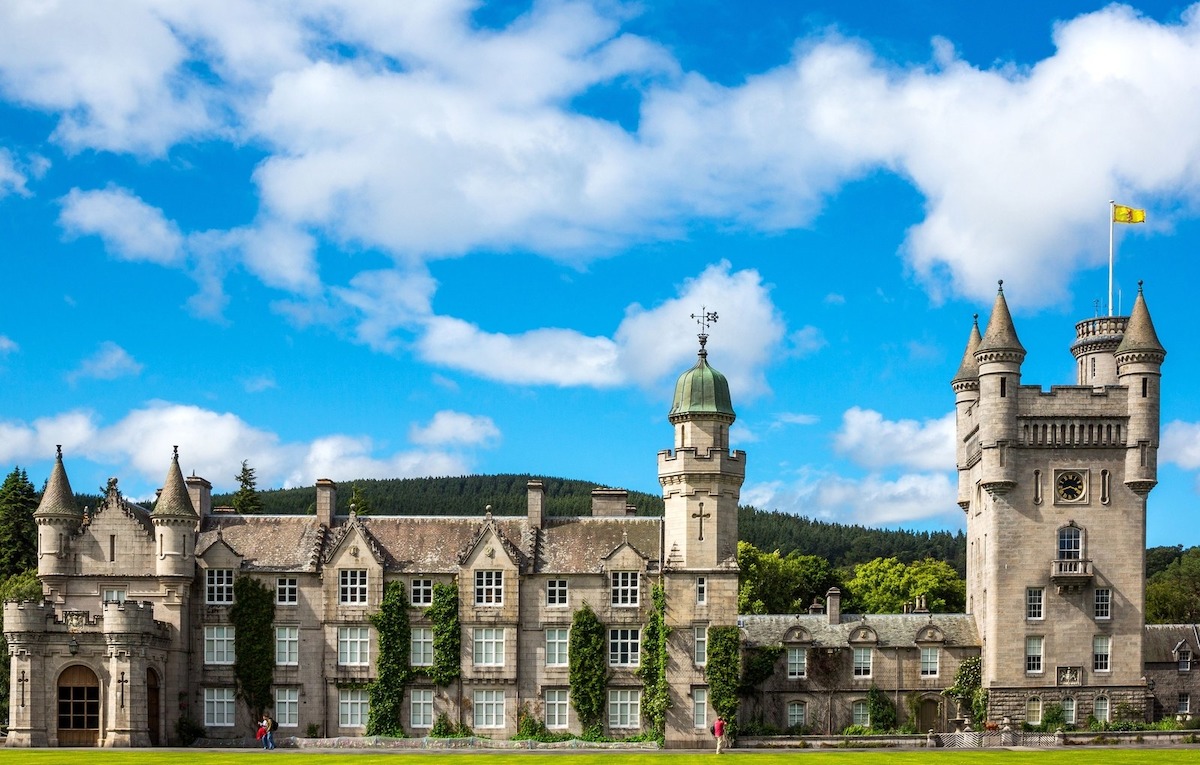 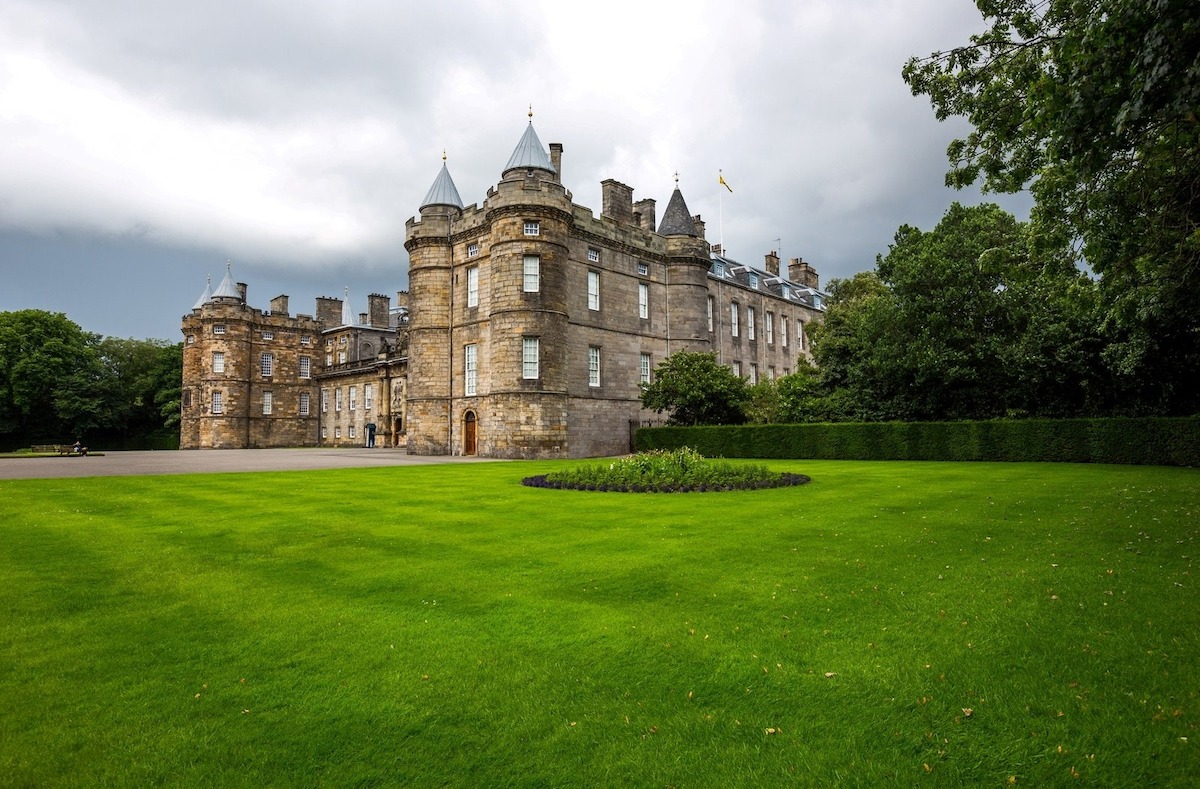 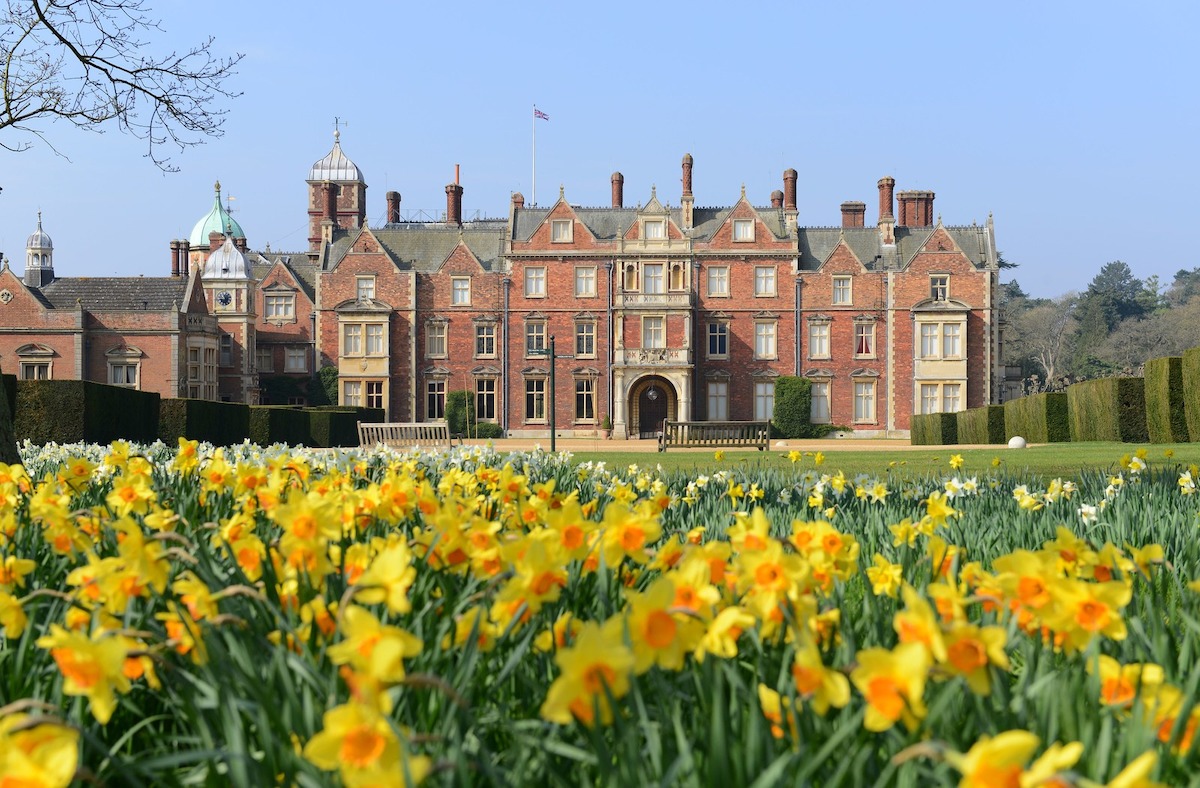 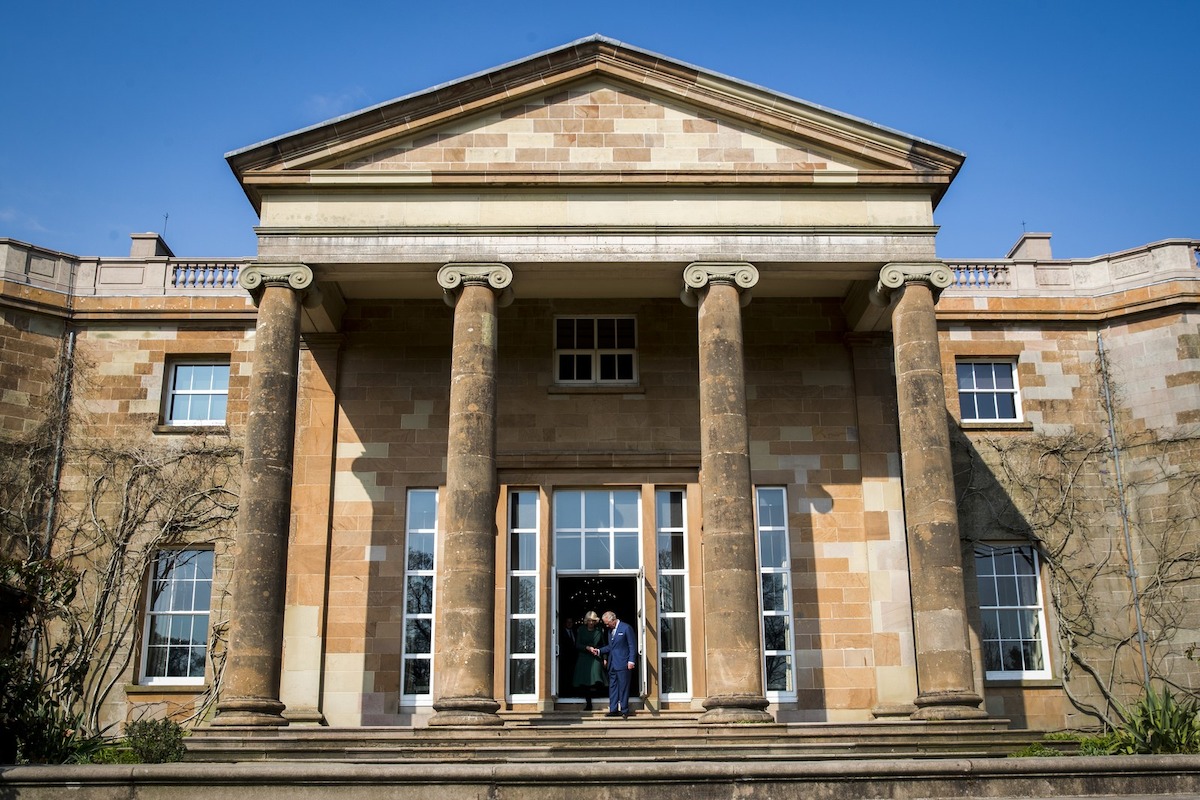 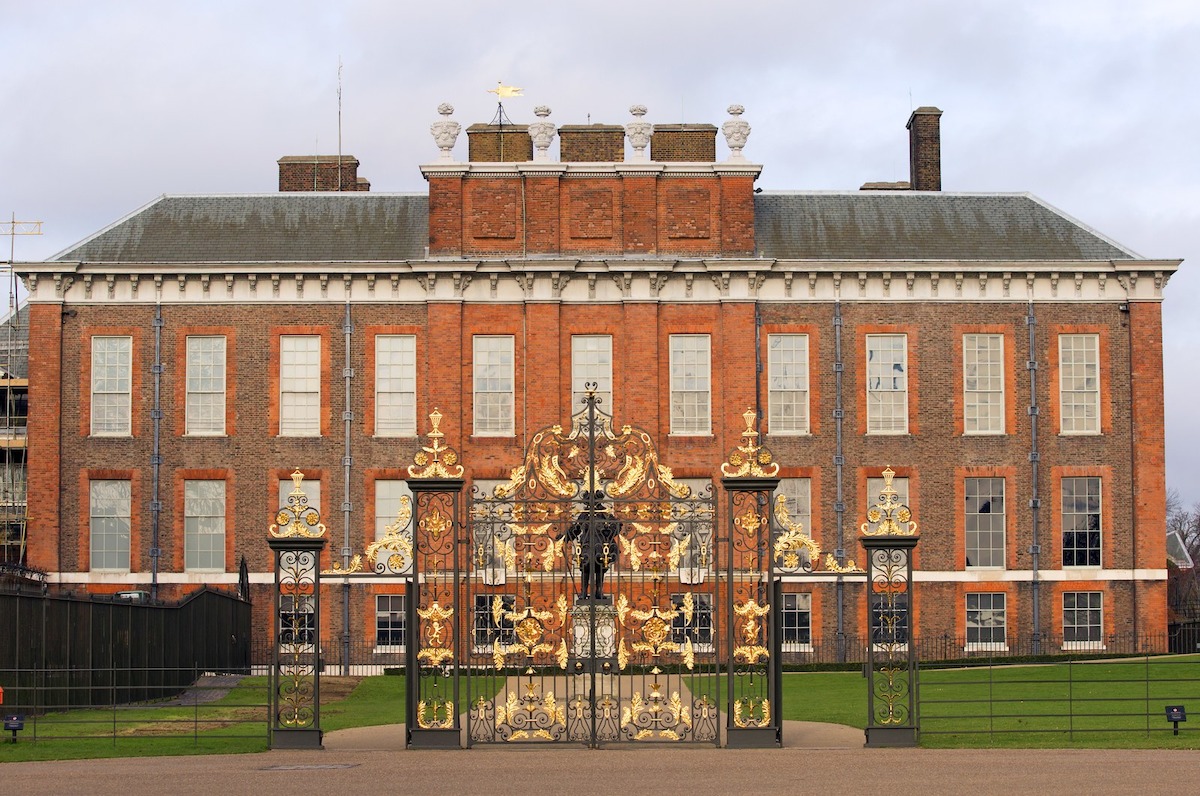 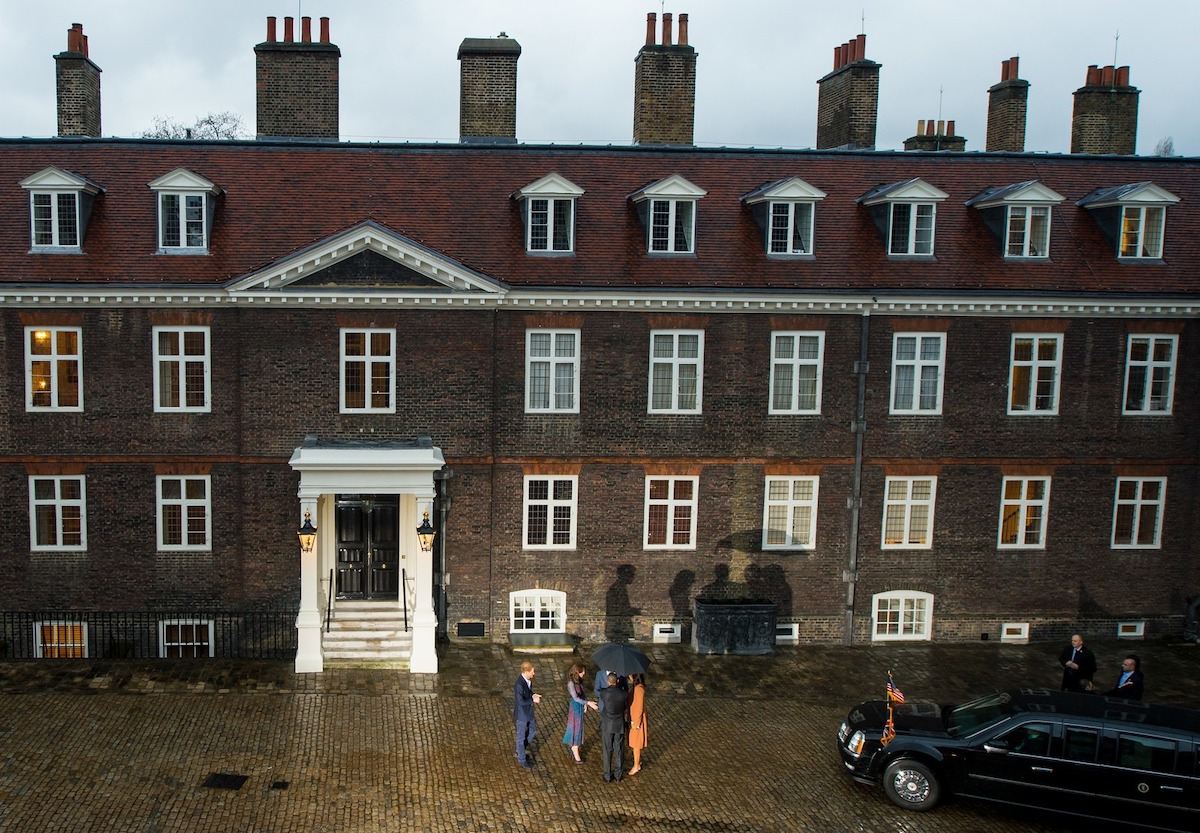 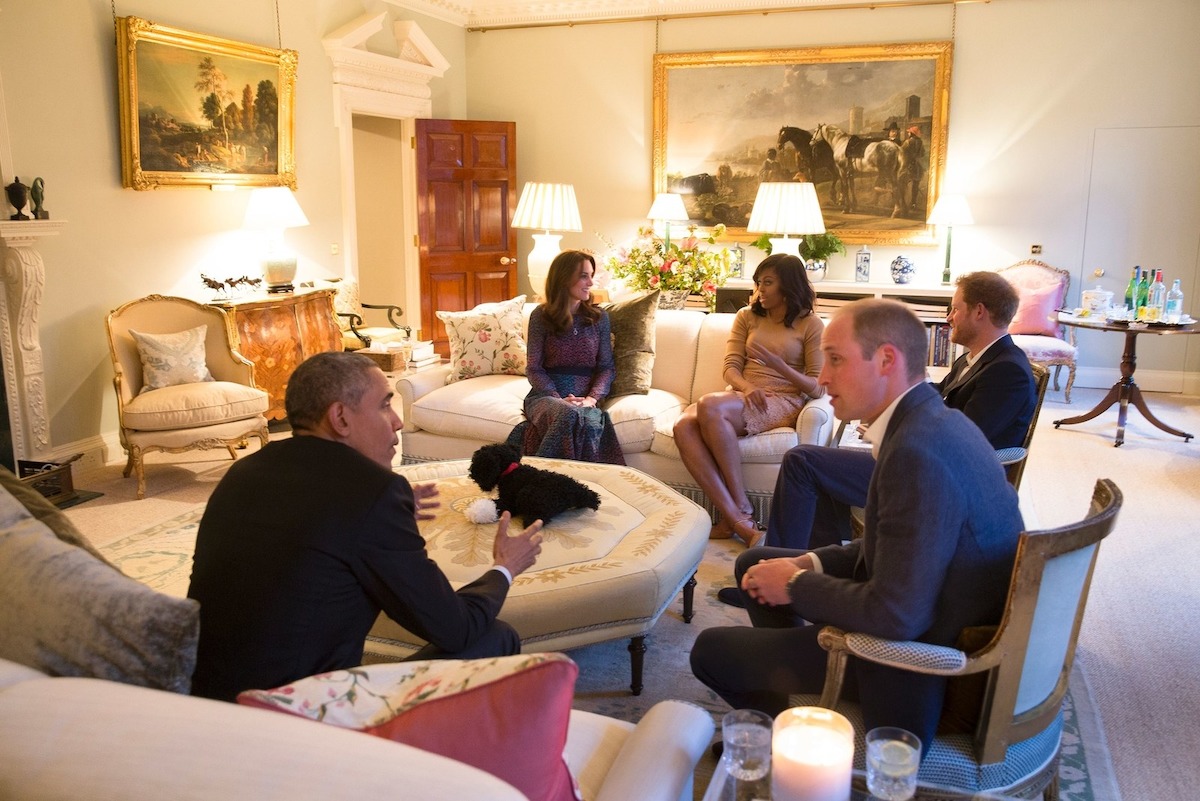 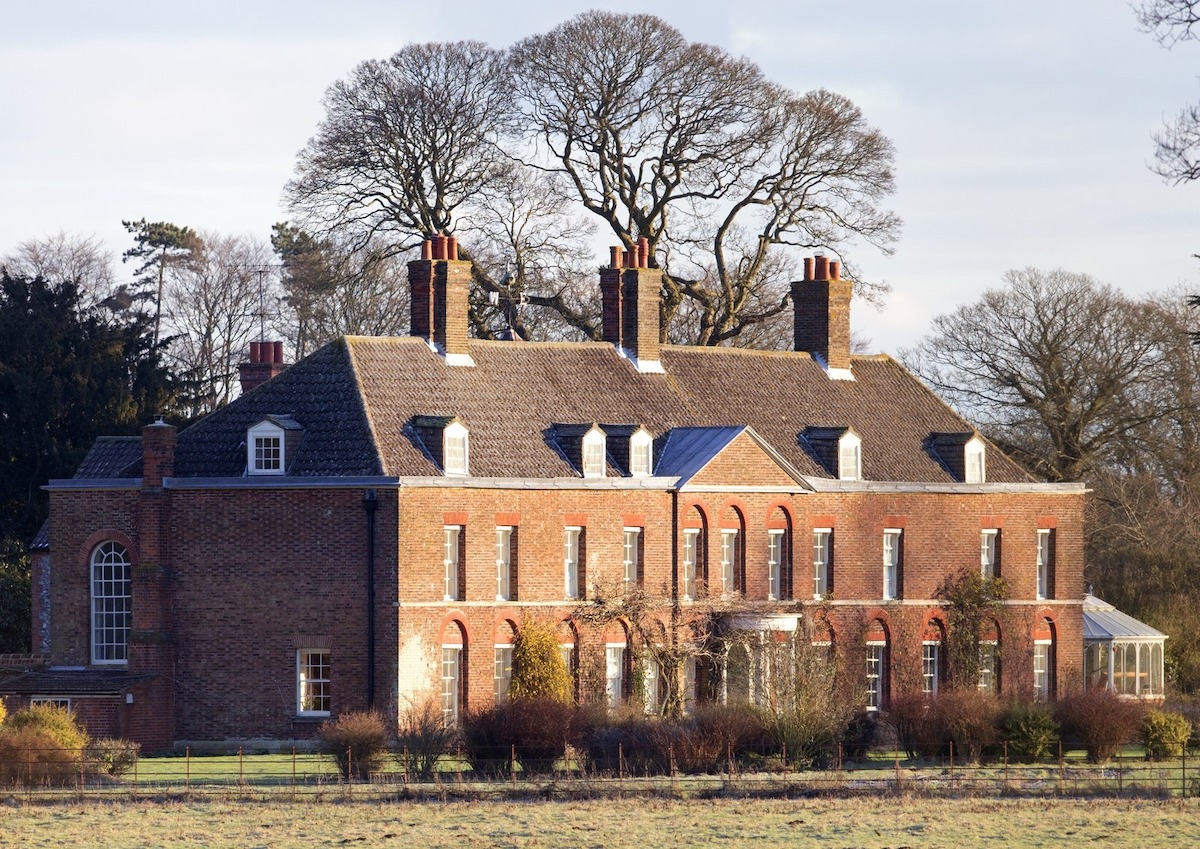 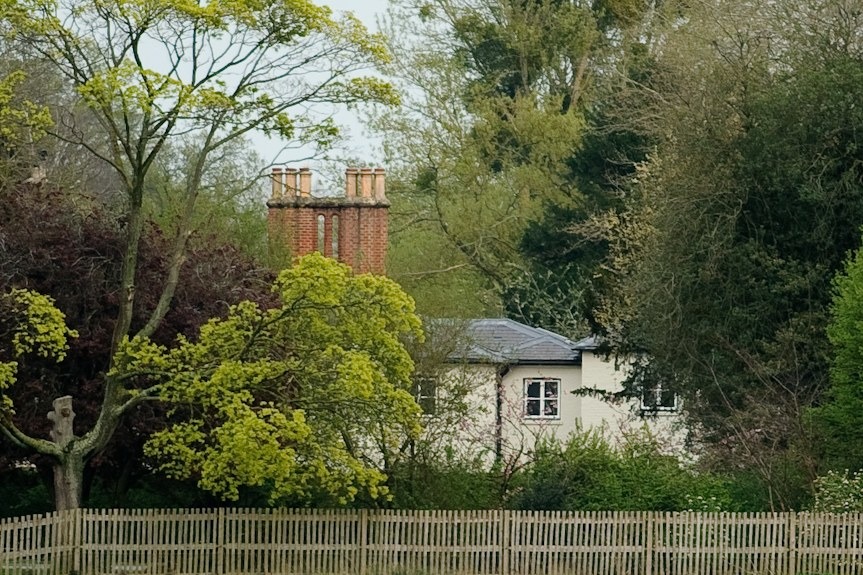 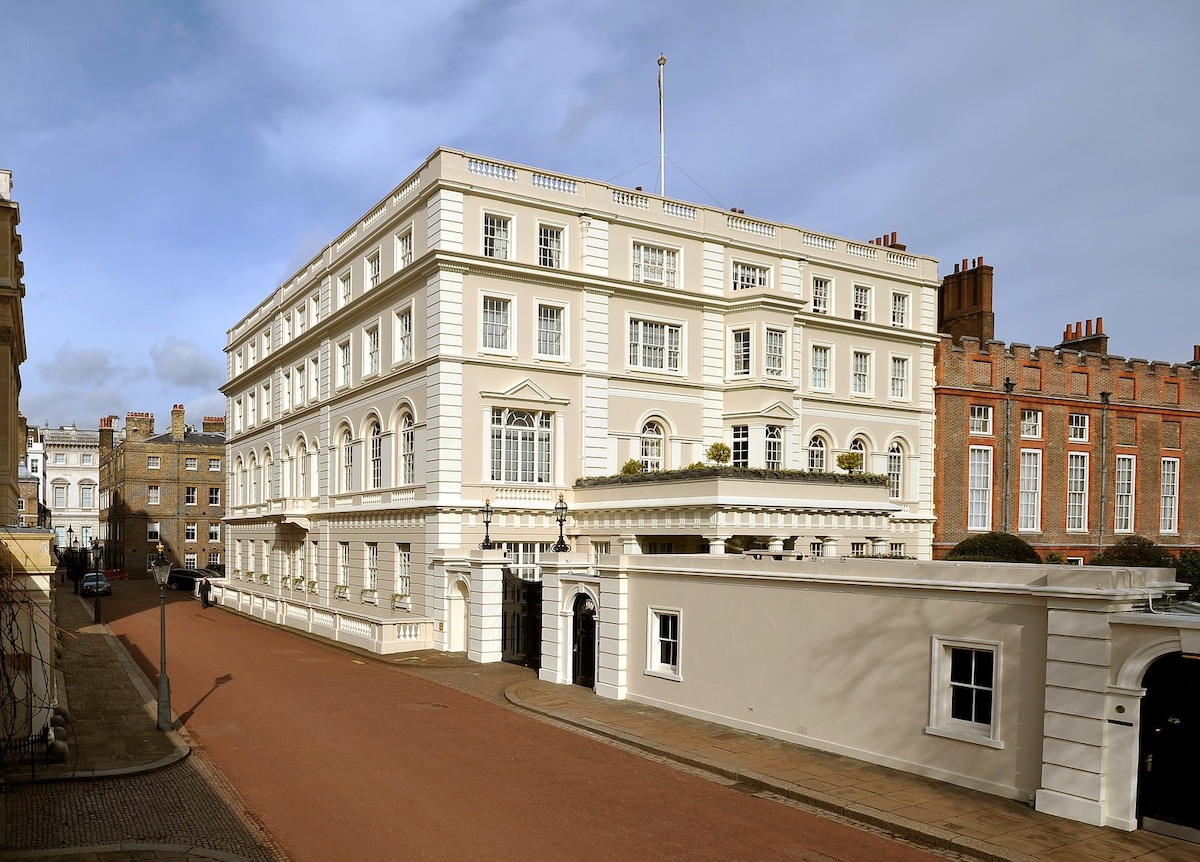 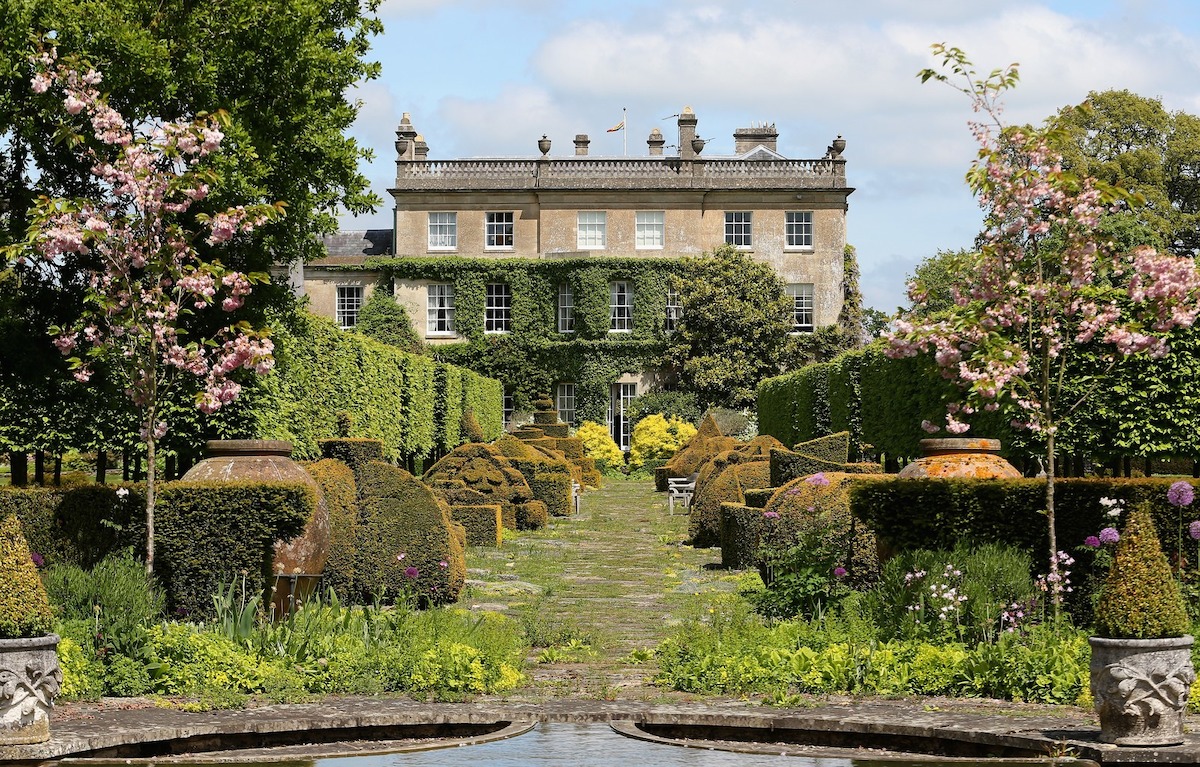 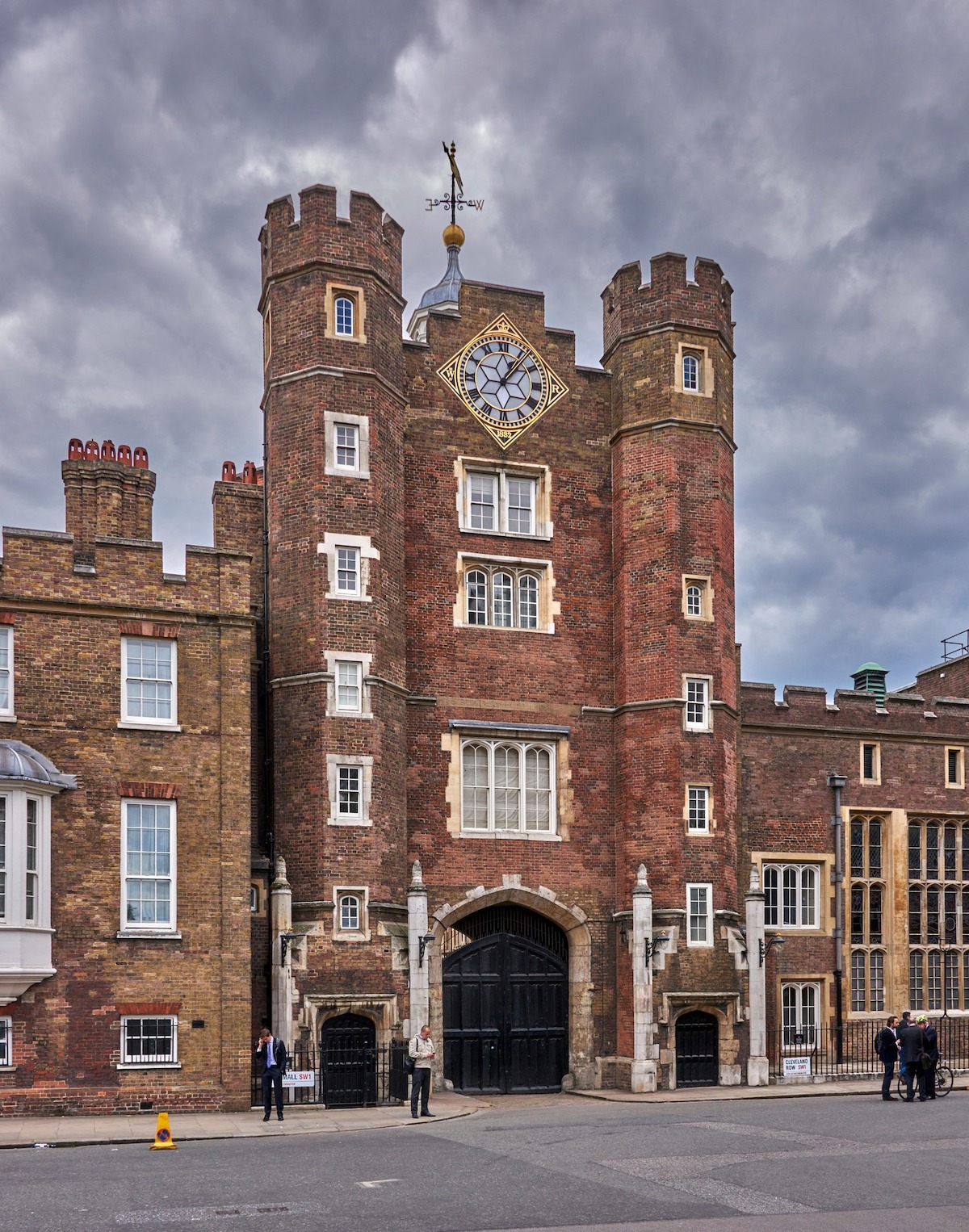 Anglophiles around the world tuned in to watch the royal weddings at Windsor Castle in 2018, and saw baby Archie's birth announcement placed outside of Buckingham Palace in May. But where do Queen Elizabeth II and the rest of the royal family actually live? Unsurprisingly, their abodes are quite luxurious, and many members of the clan have more than one palatial residence that they call home. Here, Architectural Digest rounds up their stunning, historically significant living quarters, from lesser-known private houses to the most famous of Crown-owned castles.

Why have just one home fit for a queen? Queen Elizabeth II and her husband, Prince Philip, have multiple lavish residences that they retreat to at different points throughout the year. During the week, they typically stay in private quarters at the famous 775-room Buckingham Palace in London.

On weekends, and for a month around Easter, they head to Windsor Castle in Berkshire county, which has been a royal home for more than 900 years. Spanning more than 13 acres with over 1,000 rooms, the property is the largest occupied castle in the world.

The duo also spends a portion of their summer at Balmoral Castle in Scotland. The private residence, originally purchased by Queen Victoria, reportedly sits on 50,000 acres with 150 total buildings. While the home remains largely the same as it did in Victoria’s possession, the current monarch has made slight renovations in recent years.

Also in Scotland is the Palace of Holyroodhouse, where the Queen stays during Royal Week each year. It was built as a monastery in 1128, and renovations in the 1670s contributed to the successful maintenance of the palace today, largely thanks to Charles II, who built the upper floor where the royal family’s private apartments are now situated.

At Christmastime, the Queen, the Duke of Edinburgh, and other members of the royal family famously head to Sandringham estate in Norfolk, which Elizabeth inherited from her father, George VI.

Finally, when the Queen travels to Ireland, she resides at Hillsborough Castle, which was built in the 1770s and is surrounded by 100 acres of greenery.

The Duke and Duchess of Cambridge and their three children, Prince George, Princess Charlotte, and Prince Louis, reside in Kensington Palace Apartment 1A. According to Vogue, the 20-room, four-story apartment underwent a $1.6 million renovation prior to the pair's 2013 move, and an additional $4.9 million revamp took place the following year, the palace confirmed to People at the time. While William and Kate keep the general details of their main home private, the world got a glimpse of one of the reception rooms in 2016, following a visit from Barack and Michelle Obama. In the photos, the group sits in a stunning neutral-colored room featuring floral pillows and an abundance of lamps. While it’s no shock that the couple has great taste when it comes to decor, many were surprised to learn that they chose to adorn their children’s rooms with IKEA furniture.

The family also spends part of their time at Norfolk’s Anmer Hall on Sandringham Estate. The newly refurbished 10-bedroom country home was given to William and Kate as a wedding present from the Queen when they tied the knot in 2011.

Following their engagement announcement in 2017, the former Suits star moved into Prince Harry's home, Nottingham Cottage at Kensington Palace. The Duke and Duchess of Sussex remained in the 1,300-square-foot two-bedroom home (once inhabited by William and Kate) until shortly before the 2019 birth of their son, Archie. When it came time to relocate, the pair decided to head back to the site of their wedding, Windsor Castle, and live on the grounds’ Frogmore Cottage. The home, which was a wedding gift from the Queen, wasn’t quite ready for the family of three, and turning the five-unit property into a single-family house required a renovation that cost more than $3 million. According to The Cut, the cottage, originally constructed in the 1800s, now has 10 bedrooms, a nursery, a gym, and a yoga studio. While the renovation was paid for with public funds, the couple purchased their own furniture and decor out of pocket. As they waited for the renovations to be complete, the pair also reportedly rented a temporary home on the Great Tew Estate in the Cotswolds.

The Prince of Wales and the Duchess of Cornwall have mainly resided at Clarence House in London since their wedding in 2005. The property, built between 1825 and 1827, was once home to Charles's grandmother, the late Queen Elizabeth the Queen Mother (affectionately known as the Queen Mum). Prior to the couple moving in, the home underwent extensive renovations and was refurbished with new artwork, textiles, and a new color scheme.

The pair call Highgrove House in Gloucestershire their second home. Prince Charles has owned this house since 1980, and he previously spent weekends there with his first wife, the late Princess Diana, and their children, Princes William and Harry. Today, Charles enjoys tending to the gardens at the home, and ensures his concern for the environment is apparent in the management of the property by using energy-saving lightbulbs and solar lights, and instructing the staff to compost kitchen waste.

The daughters of Prince Andrew and Sarah Ferguson lived together in an apartment at St. James’s Palace for 10 years. Because the two are not considered “working royals,” their father paid for the cost of the apartment, which came out to about $26,000 annually, according to Insider. In 2018, Eugenie married Jack Brooksbank, and the couple moved into their first home together, the three-bedroom Ivy Cottage at Kensington Palace. (According to House Beautiful, the residence underwent a $15 million renovation in 2012.) Beatrice, meanwhile, reportedly splits her time between London and New York.